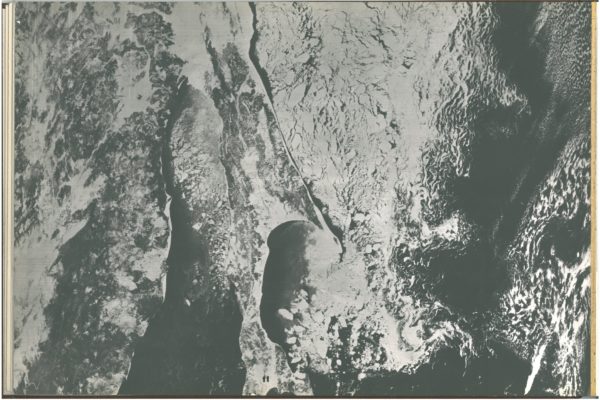 In the 1980s «Ocean-O» became the world’s first operational radar space system for remote sensing of the Earth. One of its priority tasks was to study the ice situation in the regions of the Arctic and Antarctic, as well as monitoring the water surface of the oceans, as indicated by the name of the system. The most notable page in the history of this Soviet development was the withdrawal from the heavy ice of the Antarctic of the research expedition ship “Mikhail Somov” in 1985. «Ocean-O» became the starting point for the development of Russian monitoring technologies from space.

Birth of the «Ocean»

The «Oсean-O» system began to take shape with the launch of the Kosmos-1076, Kosmos-1151, Interkosmos-20 and Interkosmos-21 satellites into orbit for their use in scientific and methodological research. In 1979-1985, experiments were carried out on sounding the ocean and atmosphere using path microwave radiometers. All-weather methods were tested to determine globally water surface temperature, near-water wind speed, atmospheric water vapor content, cloud water content, and ice field boundaries.

An important role in the success of the program of scientific experiments and the work of «Ocean-O» as a whole was played by the equipment developed and manufactured by the Research Institute of Instrumentation, its successor – the Russian Research Institute of Space Instrumentation (today – Russian Space Systems of the State Corporation «Roscosmos»), and also by the Special Design Bureau of the Moscow Power Engineering Institute (OKB MPEI, a company of the RKS holding) – an on-board storage device and a multi-channel scanning microwave radiometer «Delta-2D»

The devices provided parallel four-channel recording on magnetic tape of the entire amount of information from the MSU-M low-resolution scanner and the airborne radar. Experts proposed a mode of mutual data synchronization, which made it possible for the first time in world practice to ensure the transmission of combined optical and radio information.

OKB MPEI General Director Alexander Chebotarev said: “Our engineers have developed a fundamentally new microwave radiometer for «Oсean-O». During its creation, many technical solutions were used that have proven themselves well on other spacecraft. Therefore, it was possible to ensure the maximum accuracy characteristics of the radiometric system, to achieve high stability of the radiometric complex, while increasing the absolute accuracy of determining the noise temperature. In preparation for the launch of the «Ocean-O» spacecraft, methods and software and mathematical support for the primary processing of data in orbit were created. This made it possible to obtain more reliable estimates of the brightness temperatures and geophysical parameters of the environment”.

«Ocean-O» has been operating since September 1983 – from the moment the satellites «Cosmos-1500» and then «Cosmos-1602» were launched. As follows from the archival documents of the RSS, already at the testing stage the system was put into practice. In October-November 1983, dozens of ships were trapped in an «ice trap» in the eastern Arctic near Pevek – Wrangel Island. In the rescue operation to pilot ships in the ice, images of a side-looking radar station from the Cosmos-1500 satellite were used. During the polar night, this station was the only means of monitoring the ice situation in the emergency area.

«Ocean-O» satellites also played an important role in one of the most dramatic episodes of the Soviet exploration of the Antarctic – the rescue of the research expedition vessel Mikhail Somov from ice captivity. The whole country followed the events in distant Antarctica with tension: the main Soviet TV programme «Vremya» used to begin with the information about the situation with «Somov».

In March 1985, «Mikhail Somov», which delivered the cargo necessary for winterers to the «Russkaya» station near the Ross Sea, was blocked by heavy ice floes due to a sharp change in the weather. The thickness of the ice in this area reached 3-4 meters. An analysis of the situation using data from the «Ocean-O» system and ice reconnaissance showed that under the current conditions, the ship would independently emerge from the ice drift no earlier than at the end of 1985. Therefore, in June, a rescue expedition was equipped to help on the icebreaker «Vladivostok», which already in July 1985 brought the ship out of the heavy ice zone. During the operation, the Cosmos-1500 satellite carried out regular radar surveys of the drift areas of «Mikhail Somov» and along the route of «Vladivostok». In addition, for the first time in the world, unique data were obtained on the regime characteristics of the ice cover in the Ross Sea in winter in Antarctica.

Since July 1986, with the launch of the Cosmos-1766 satellite, the experimental operation of the «Ocean-O» subsystem of the first stage began. Spacecraft «Cosmos-1500», «Cosmos-1602» and «Cosmos-1766» were used to monitor the ice situation. When testing the «Ocean-O» system, special attention was paid to the practical use of information. Since 1985, remote sensing data has been promptly transmitted to consumers via television communication channels via the «Ekran» satellite. Ground receiving stations, as well as nuclear icebreakers «Arktika», «Lenin», «Rossiya» and «Sibir» were equipped with this system.

Over the years of «Ocean-O»’s operation, thousands of messages and filming materials have been transmitted to Earth. Thus, the possibility of collecting a large amount of data on the state and regular changes occurring in the World Ocean, large-scale mapping and transmitting information to consumers was confirmed. The technologies created for this radar space system have been developed in the Resurs-P, Kanopus-V, Meteor-M, Electro-L and Arktika-M series spacecraft, which today form the basis of the Russian orbital constellation remote sensing of the Earth.

Today, remote sensing technologies are rapidly developing and becoming an increasingly important tool for resource management, gradually covering all aspects of the life of a modern person. Technologies for the use of remote sensing data, which the RSS continues to develop, offer unique solutions for preventing emergencies, protecting the environment, controlling climate change, increasing the efficiency of exploration and extraction of natural resources, and introducing the latest practices in agriculture. Based on the rich experience of specialists and advanced methods for obtaining, storing, processing and interpreting remote sensing data, the holding creates unique products and cloud solutions with instant access to remote sensing data and analytical products to provide citizens, the state and business with up-to-date geospatial information.

This article was translated from the following source: Roscosmos