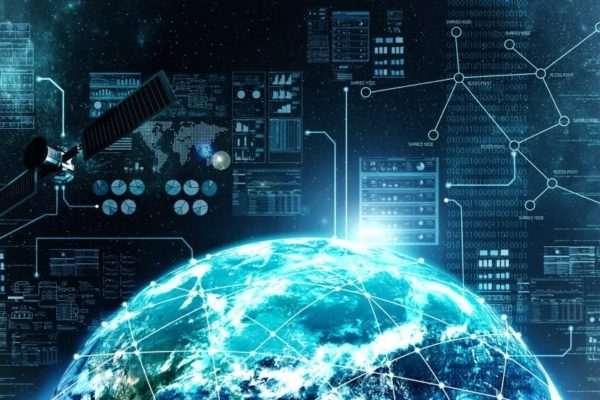 The inadequacy of normative documents regulating the field of geospatial technologies (GST) in Russia, as well as the role of the GST in ensuring international security have become cross-cutting topics of the International forum GT2021.

Geospatial technologies are evolving at a pace much faster than the user markets and legislation. Government clients, especially regional authorities, are not always ready to integrate the GST into everyday practice. These were some of the conclusions reached by the end of the Forum.

“GST is changing rapidly, and we are speaking  not only about software and imagery tools. You have to keep learning”, said Andrey Pirogov, Head of the RACURS marketing group.

Pirogov noted that the geoinformation system market is still lacking methodological development: “Usually it is included in the space technology market research, but this is not enough. Countries in Africa, Latin America and Russia as well are not included in global marketing reports, despite the fact that some Russian companies occupy up to 50% of the market in this segment.” The domestic GST market is growing steadily, as are its export ambitions. Russian companies are now heading west. Among the problems facing this market, Pirogov named the absence of GST associations in the country and the lack of a proper competence centers.

Natalya Glebova, Head of Technical Marketing Department at Esri CIS, said that Russian customers often refuse to use cloud technologies: “It is not just about the fear of losing data, but about the fact that cloud technology is a subscription based model. The main fear is that tomorrow the financing will end, all the developments would be lost. ”

DO NOT STORE DATA

A lively discussion arose from normative documents designed to regulate the industry. Valery Zaichko, Deputy Director of the Department of Navigation Space Systems (GLONASS) of the ROSCOSMOS Space State Corporation, spoke about completing the development of a draft for the law on remote sensing from space: “A public discussion took place, and as a result, significant changes were made to reduce barriers for private entrepreneurship.” At the same time, the industry needs a separate document regulating commercial space activities, Zaichko stressed. He also called on all the participants in the discussion for an open dialogue on improving the legislation.

Vladimir Gershenzon CEO of LoReTT believes that in the draft law, Roscosmos,  to a large extent, takes over the aggregator’s functions, minimizing opportunities for private companies’ initiatives.

Speaking about the current state of the remote sensing, Gershenzon said that “the number of launched vehicles is counted not in tens, but in hundreds. Companies think in constellations. In terms of volume, the market is dominated by highly detailed imaging programs. Infrared and location photography are also relevant. There are many tasks that require real-time work – where the priority of data delivery takes precedence over data quality”. He set the formula “make decisions, do not accumulate data” as a new paradigm of the industry.

“Where are we losing to the Americans and the Chinese? In the number of spacecraft. We have good satellites like Resurs and Canopus, but they are not enough”, said Vladislav Ivanenko, Director General of Sputniks. He considers that the creation of a vertical markets for receiving and distributing data, in which ROSCOSMOS was not involved, as a great achievement of the company.

In his turn, Denis Shvedov, a specialist of the Department of Navigation Space Systems (GLONASS) of ROSCOSMOS, spoke about the Digital Earth Project, which is planned to be launched in 2023. The system is currently being tested in several regions. “Digital Earth” should provide a single continuous coverage of the planet in real time with a resolution of 70 cm to one kilometer. Based on data, a service will be created will allow not only to display an image, but  to provide analytics for various sectors of the economy.

“We cannot separate the arms race in space from the arms race on earth. The anti-satellite technologies possessed by the United States, China and Russia lead to mutual misunderstandings”, said Daniel Porras, Director of Strategic Partnerships and Communications at the Secure World Foundation (USA). In his opinion, good relations always presuppose the possibility of dialogue, but now it is extremely complicated.

“We see the United States and China reacting sharply to each other’s activities in space. Countries do not exchange information, so in each case they choose the worst interpretation of what is happening. And now even developing countries can interfere with satellite signals. And this is becoming a serious problem”, warns Porras.

But the development of the geospatial technologies increases the openness of the world, improves the quality and quantity of data, and the possibilities for their analysis. In doing so, technology is pushing states to a dialogue that helps prevent collisions.

“In Nagorno-Karabakh, control is carried out around the clock by the Forpost and Orlan-10 UAVs. The data goes to the monitoring center, the peacekeepers have an idea about the movement of equipment, personnel, and the violation of the line of contact between the parties. Technologies increase coverage and provide a new quality of peacekeeping operations”, says Oleg Shakirov, senior expert at the Center for Advanced Governance, PIR Center consultant,  and an expert at the Russian International Affairs Council.

THERE IS NOT ALTERNATIVE

Today, the degree of transparency has reached a level that has not been known in the history of mankind.

“We have come to a situation where no country can be sure that anything could be hidden. Thanks to satellite observation and automated information processing systems, almost everything is visible. Not all State organizations are accustomed to living in such conditions, but there is no alternative – they will have to adapt”, says Dmitry Stefanovich, a researcher at the Center for International Security of the IMEMO, Russian Academy of Science.

According to Stefanovich, the large-scale implementation of geospatial technologies has other consequences: increasing the effectiveness of hostilities and expanding the opportunities for propaganda.

Escalation is visible not only in the military sphere. Russia does not have enough means of remote sensing for climate monitoring, says Valentin Uvarov, Director General of Climatic Monitoring System LLC (SR CM),  a subsidiary of Success Rockets.

“The company Kayrros SAS assures that Russia is emitting large amounts of methane. At the same time, the hypothesis that the data of State-owned enterprises cannot be objective is increasingly being heard at the international level”, Uvarov notes. The accusation remains unanswered.

However, not all of the GT2021 performances were alarming. Director of Innovation at TELNET Group (Tunisia) Anis Youssef and CEO of Global Space & Technology Company (Oman) Bahiya Al Shuaibi assured the audience that of their states and companies are open to cooperating with all partners.

An optimistic and inspiring futuristic forecast for human development suggests that in the near future, orbital and unmanned observation systems for other planets, not just Earth, will appear.

Read more about the presentations and discussions held at the first international forum GT2021 on our website and the New Defence Order. Strategy journal .