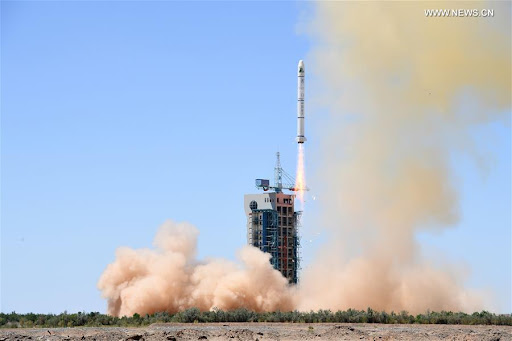 China’s satellites, launched from the Xichang Satellite Launch Centre and belonging to the Yaogan-35 family, were launched by a Long March-2D carrier rocket and entered the planned orbit successfully.

The launch took place at 11:00 local time (06:00 Moscow time) from the Xichang Satellite Launch Center in the southwestern province of Sichuan using a Long March-2D launch vehicle (CZ-2D, “Chang Zheng 2D”). The Long March carrier rocket series, developed by the China Aerospace Science and Technology Corporation, is responsible for about 96.4 per cent of all the launch missions in China.

The Yaogan series satellites are designed to survey the Earth’s surface, assess crop yields, and can be used in disaster relief. This launch marked the 396th mission for the Long March series carrier rockets.

According to RIA Novosti estimates, On October 27 China set a new personal record in the number of space launches per year, having launched 40 satellites. The previous record of 39 launches was recorded in 2018 and repeated in 2020. In March 2019, China’s Long March-3B rocket – regarded as the main stay of the country’s space programme since 1970 – had successfully completed its 300th launch by putting a new communication satellite into orbit.